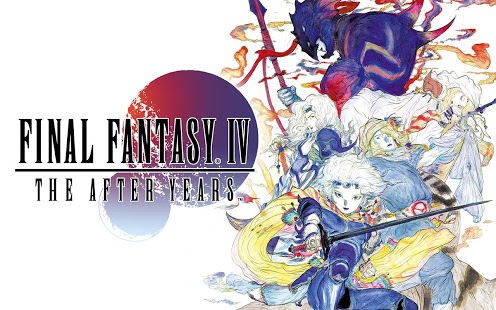 The company Square Enix has just released the anticipated sequel to the classic Final Fantasy, this time is called Final Fantasy IV: The After Years.

Its story takes place in a temporary space 17 years after the end of the war succeeded in Final Fantasy IV. The main protagonist is Ceodore, but there are others like Cecil, Rosa, Yang, Edge or Porom.

The game action is conducted through a system of combat by turns. What makes this game much more fun is that during the course of these shifts the enemies do not stop to play, so that there is to choose very fast the attack actions. Another point is that introduced new moon phases, affecting the game’s features, being necessary to change the strategy based on the lunar phase in which it is located.

The game’s graphics have been remodeled in 3D and are extremely caring, but must say that playing philosophy has not changed at all.

The game is available for both Android and iOS, at a fairly high price, as it usually does this company, €14.49.