A new game from Angry Birds

Rovio, the company that has successfully developed all Angry Birds games, which have given so successful, has announced a new game: Angry Birds Epic, a final set of role shift to a system that will break with what has been done so far by the company. 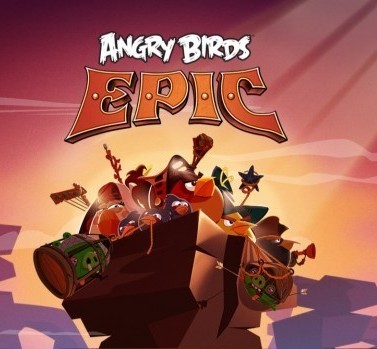 A different game
Sure, if you think about Angry Birds, the first thing that comes to mind is the amazing levels featuring some players with some amazing designs that have been around the world and have become an icon of that has been done numerous merchandising and even a television series. Following this success the company Rovio wanted to embark on something completely different to date, leaving aside those screens to associate all Angry Birds and has embarked on the development of its new turn-based RPG game, Angry Birds Epic.

Maybe this new game is focused on other player, because RPGs not is dap so to those millions of people who have played the funny casual game; in that case we will see a more complex and lengthy game in which the argument itself will evolve as we play the same. The player can go collecting resources throughout the game so they can build their own weapons, concerns and numerous objects to enhance the experience.

When it is available?
Angry Birds Epic will be available during this week in countries such as Canada and Australia, but this is only a trial version in which to get an idea of what will be the game. To play the final version still have to wait because it has not announced exact date, but it is known to be available for devices with Android and iOS.