It has been announced that both Angry Birds Star Wars and Angry Birds Space will be available for Windows Phone 7.5 handsets in the coming days. 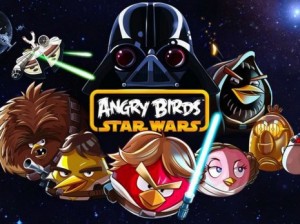 The good news for fans of the game, is that even phones with little RAM memory as the Nokia Lumia 610 or 510, may have both titles of the angry birds, since Nokia and Rovio worked hand in hand in this aspect to ensure that possible, despite only having 256MB RAM.

Since then, both titles will be available for other smartphones Windows Phone 7.5, plus the addition of 15 new levels for the original version of Angry Birds, another 15 for the episode Bad Piggies and pink bird, which characterizes Princess Leia in Angry Birds Star Wars.