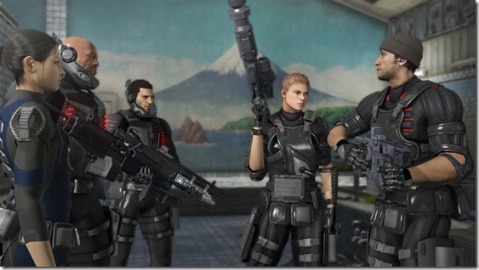 Home » PS3 game » Binary Domain: One more on the trail of Blade Runner

Binary Domain is a game based on a classic science fiction story: robots are created as perfect human, but ultimately end up sowing chaos if there is no one to prevent it. Blade Runner footprint weighs heavily on the genre. 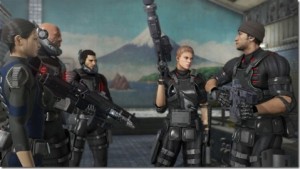 In the game adopt the role of Dan Marshall, an American military that, along with other soldiers of different nationalities, will face the evil robots.

Lots of action
Action, violence, gory scenarios… a world in which the only thing that matters is to destroy the enemy, because only then will we be able to survive. Our rivals will always beat robots, robots only. But it will not be easy, because they will be able to advance to the purest Terminator style even when we thought we had already beaten them.

Shots and strategy
The strategies of human soldiers will be essential to achieve the ultimate goal, but it will be more fun is direct confrontations, in which we will certainly shoot to kill our stronger enemies.

The multiplayer is large but there is no possibility of play cooperatively. An error that would be easily remedied if there are new deliveries.

Binary Domain will provide lots of entertainment and fun even can reach us to remember the successful Mass Effect, although something is missing to enter the select group of the top ten of the shooters. Perhaps to have contributed some originality to a hackneyed theme in this type of genre. However, it is a recommended game for addicted to the genre.

Previous: The second episode of Spartan Ops is now available
Next: Sonic Colors: The expected revival of the blue hedgehog