Bungie reveals updates for Destiny: New chat system for voice on the way

In its latest weekly update, Bungie revealed some news that will come to Destiny soon. The first novelty is the introduction of a new chat channel for voice, which will allow teams assembled by matchmaking can communicate by voice. Currently the game limits this communication only between members of the same squad (fireteam). 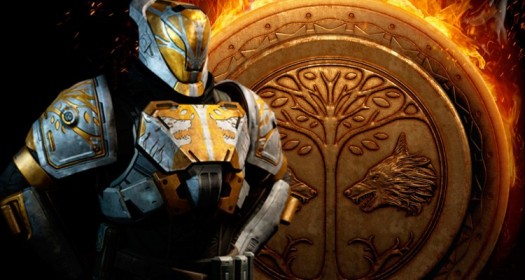 This news arrives first in the testing phase, where the user will have option to enable it on 17 November with the update 1.0.3 of the game. The voice chat will be available for all modes of the game where the teams are pre-assembled.

Another focus of Bungie posting was the game mode “Iron Flag” that will receive version 2.0. The event creates fighting without balancing items, i.e., more advanced players and better equipment has more advantage.

The first edition of the event generated a lot of criticism, since players with clearly lower level and equipment could easily dominate a game. This time Bungie promises to improve the system, making it more difficult for low-level players, including limiting access (only with the high level of friends).

The first expansion of Destiny, name The Dark Below is detailed also next week and should arrive in final on 9 December with new weapons, armor, new challenges and increasing the maximum level.