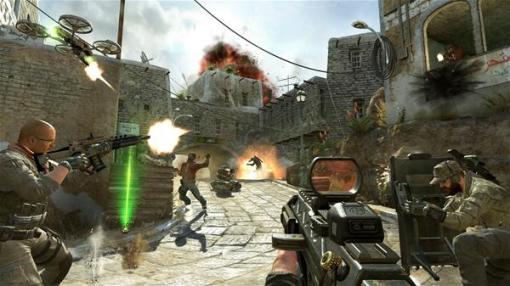 Home » WiiU game » Call of Duty: Black Ops II – The title that succeeds on all platforms

Nintendo has finally managed to move a perfect visual power of a game like Call of Duty with its new console, the successful WiiU. Many times it was not so, and Sony took the upper hand with his Play Station video games based on their strength in a spectacular production, as is the case with this Call of Duty: Black Ops II, one of the titles most sold in this commercial campaign of Christmas. 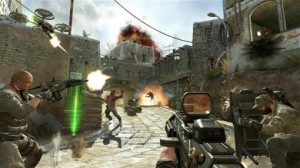 Black Ops II maintains all factors that prevailed in previous installments. We have 24 game modes for up to 18 players, with more than 45 weapons and shared items in live streaming options.

Direct combat
The design scenario is well suited for a game of this genre, where the important thing is direct combat, with elements of the most potent shooters. However, we should not despise the use of strategy, or will end up playing ahead of schedule.

Multiplayer
The multiplayer is really fun and you will like a glove to the title. Those who have previously enjoyed XBox or Play Station just find differences, since one of the features of the WiiU, as is the touch screen has not been exploited and perhaps should have been worked on that aspect.

The game will not disappoint the thousands of loyal fans to the series, but perhaps to be a genre so useful, the most demanding could expect more.