One of the games on Facebook sensation of the moment is to take a major leap: Candy Crush Saga, prepares its arrival to the world of mobile devices, without losing its social character. 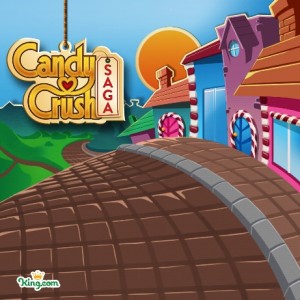 King, one of the leading developers of popular social games, announced that Candy Crush Saga will soon be available as an application for iPhone, iPod Touch and iPad, allowing players to continue to enjoy the game at any time or place.

Candy Crush Saga for iOS, will be strongly connected to its version for Facebook, as players will continue their game on any platform, without losing score, elements or friends.

The game, which has more than 5 million active players on Facebook, plans to repeat its success in the mobile world, using the same strategy as in its social network.

From King, indicated that the game will be available in the AppStore during November and that players will start and return to the same game, either from Facebook, mobile or tablet.

Candy Crush Saga is the first game born in Facebook which is then transferred to mobile devices. Words With Friends and Draw Something are just some examples.