The CD Projekt Red has confirmed today Ciri as a second playable character than expected The Witcher 3: Wild Hunt. The possibility of playing with another character, apart from Geralt, already had been revealed during the prize-giving event The Game Awards 2014, with a trailer that indicated that the second character would be Ciri or Yennefer, doubt now remedied. 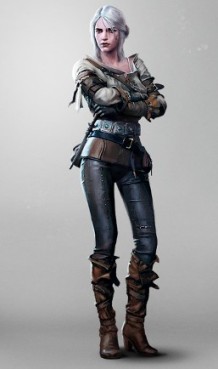 Ciri is described as a gray-haired woman, descended from a long line of elves. She is pursued by the Wild Hunt, a group of riders that cause great destruction, and also by Nilfgaard Empire. According to the company, it is not possible to change character at any time, but in key moments that are important to the story.

“Ciri will be playable only in certain moments of the game – we were introduced to give players another perspective of history in order to make it more captivating. You will not play with it for long periods of time, but since it is crucial to the story, we think that additional knowledge will allow players to create better links with this interesting character”, said Robert Malinowski of CD Projekt Red.

He goes on to say that “Geralt knows Ciri since she was a child. She is the apprentice of Geralt, and they have an emotional bond – he trained for it to become a ‘wizard’”. The Witcher 3: Wild Hunt was recently postponed, now arriving on 19 May 2015. The game will have versions for PC, PlayStation 4 and Xbox One.