Company of Heroes 2: comes one of the ‘summer games’ for PC

THQ and Relic have released that will open the real-time strategy video game Company of Heroes 2 planned for launch exclusively for PCs. 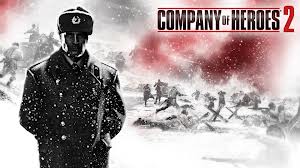 If you’re into the genre of the strategy you’ll remember the positive surprise was that the original Company of Heroes, thanks to an innovative gameplay and stunning graphics for the time when it was released, 2006.

A few years later comes the second part with large improvements as the new Essence Engine 3.0. It is also set in the Second World War but this time with the Eastern Front as the protagonist. Commanding the Red Army will be fought in the great battles that probably decided the war against the Nazis, until the entry into Berlin and capitulation of Germany.

In addition to the corresponding campaign, Relic Entertainment offers other game modes such as Theater of War or an interesting multiplayer against the AI or other players.

It was the very best that we saw in the E3 2012 when it was presented and the subsequent videos have confirmed the usual good work of Relic, a study that already surprised with Homeworld.

Company of Heroes 2 will be available exclusively for PCs, Windows and later for Mac.