Yesterday it was confirmed the rumor that had been ringing for days and consists of the placing on the market of Batman Arkham Knight, the latest game in this series that we enjoy in Xbox One, PlayStation 4 and PC very soon. 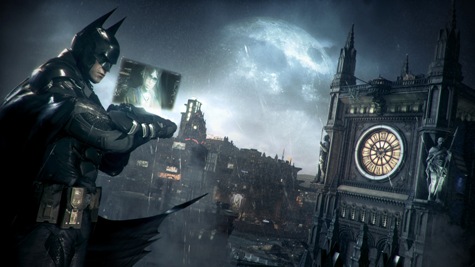 Batman Arkham Knight
Few days ago we did echo of the rumor that had spread by numerous means that there could be a new Batman developed by Rocksteady, the developers of the first two games of this series of Batman. And yesterday confirmed this rumor, throwing light to the trailer for Batman Arkham Knight, a trailer in which we can see the superhero with incredible graphics and a few cinematic showing us the villains classics of the bat, making no doubt the fans of the series has not been able to resist.

In Batman Arkham Knight attend a open world in which we can operate the vehicle of the superhero and so will move much broader scenarios and with greater freedom of which offered its previous games. It also has been confirmed that this will be the last game in the series.

New Generation
Batman Arkham Knight will be available for the next generation consoles Xbox One and PlayStation 4, where we see some amazing graphics that enhance the previous games. We can also get hold of this game for PC. We do not know the exact date that will be released, but already many who eagerly wait what may be one of the most anticipated announcements of the year and that can become, also, one of the best games of the year.