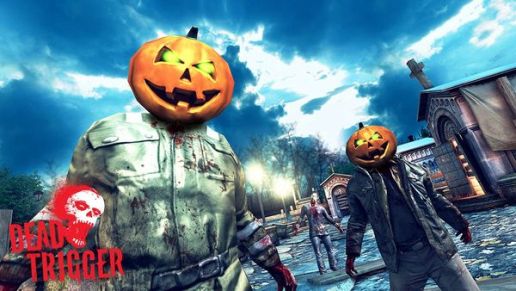 Precisely one of the scariest games of the moment wanted to celebrate Halloween with a very timely update, we are referring to Dead Trigger, the title of first person shooter available for iPhone and Android. 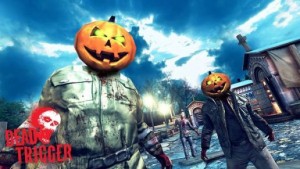 Its developers, the company known as MADFINGER Games (Shadowgun and Samurai Vengeance) have just launched an especially dedicated to Halloween update adds interesting new features to the original game. Now kill zombies will be a little more fun, as it has added a new weapon, a particularly terrifying map and a surprise in the form of pumpkin for our undead.

The history of Dead Trigger puts us in this alternative, a 2012 in which the world as we know it is finished. Humanity can survive as far from the traditional comforts while trying to put an end to the zombie outbreak that has been ravaging the planet. 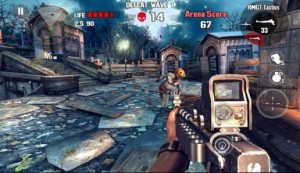 Dead Trigger is one of the most successful games that is taking over the past few months for both iPhone and Android, and it is due to the high quality of its graphics and simple gameplay, coupled with its large dose of personalization. Keep in mind this is a demanding game, so it may not work on all smartphones and only the most powerful terminals will be able to experience the adventure at peak performance.

In this latest update, MADFINGER Games has decided that Halloween arrived in town. First find a new map in the Arena game mode. This is a spectacular screen full of details, set in an old cemetery in town full of zombies.

The sound effects and quality of this map and its size are appreciated to break the monotony of the existing ones, which most gamers already know the detail. It has also added a new weapon, a crossbow is specialized to kill zombies short-haul/medium-haul. Zombies in their heads will carry Halloween pumpkins, which gives a comic touch to the game and helps us target them where it hurts. It also lowered the price of the minigun and optimized overall performance of Dead Trigger, helping to run on less powerful smartphones. If you want to try these new features in Dead Trigger you only have to update the game from your own smartphone.

Previous: Farmville 2 is a real success on Facebook
Next: Trine 2: The beauty of the battles