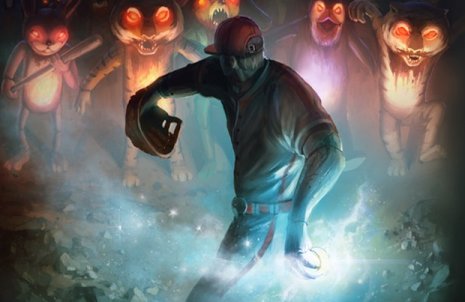 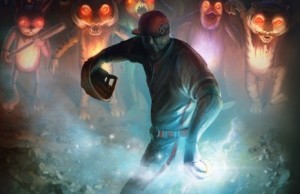 Original story
The story introduces us to a baseball player who can not compete at the highest level because his arm, which used to throw, it has seriously injured. Our protagonist, unable to play, is located in an amusement park that seems to find a new professional activity.

The Park in question, however, is a diabolical place filled with sinister characters, monsters and zombies. Our pitcher find here a new activity that fits well with their skills of yesteryear: it will have to destroy them by means of throwing, this time not baseballs, but of fire. Biomechanical arm will be your main weapon.

In addition to releases our hero can kick the monsters that get too close and will have to dodge the terrible shooting enemies.

The game itself is simple. An upgrade of levels but it basically brings great news, because the mechanics hardly vary at different stages of the game.

Repetitive mechanical
A graph level is right, no more, as an aesthetic. Nothing we have not seen before in other zombie games, so over time the games can become too repetitive.

The sound effects are not anything special, so we can conclude that this is a conventional mechanical game based on an original story, but most American gamer’s taste than the European, less accustomed to a sport like baseball that is throwing balls with a stick and try to reach bases.

Previous: Game of Thrones: for big fans of the novel
Next: Tera: A game whose forte is the aesthetics of her characters