Doctor Who: The Adventure Games available on Steam

The game Doctor Who: The Adventure Games, consisting of five episodes of an adventure game starring the popular star of Doctor Who will be available on Steam. Its global launch will be so with some discounts. 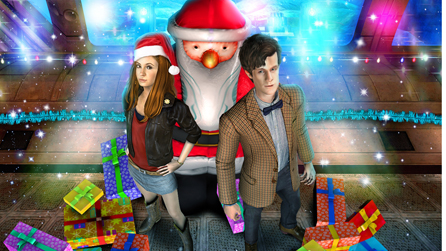 The boom of Doctor Who
The truth is that Doctor Who is being a phenomenon among fans of the television series and science fiction. This series, which reissued after many years of hiatus in its classic version, has not only ensured that many fans are interested in this world, but has formed an army of fans of Doctor Who, thanks to this new series have discovered the classic series that started it all. And its fun adventures of science fiction in which the doctor and his companion travel through space time and meet different and classic enemies.

To celebrate its release on Steam platform offers users an initial discount of 10% on Doctor Who: The Adventure Games, so for 17.99 euros we can do with it. Although it is well known that Steam from time to time makes incredible offers and this game could enter into it and have a much better price.