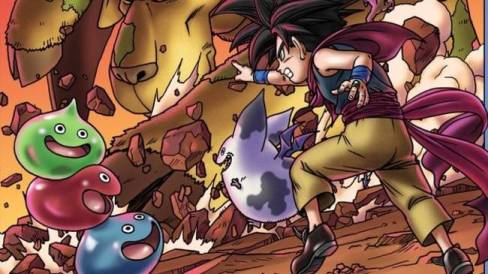 The universe of Dragon Quest returns to bring new entertaining delivery of similar aesthetic but with some new attractive. Dragon Quest Monsters: Joker 2 is a Japanese role-playing game based on collecting and train monsters, which though not particularly original, is very popular titles that come from Japan to play with our Nintendo DS. 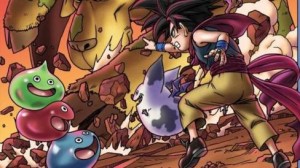 Create monsters
We can merge different monsters to create another more powerful level 1 that inherits some of the skills and attacks of the base creature, which implies that there is a lot of work in the breeding of the monsters. So it will not need to focus attention on training, and training with a monster up to the limits because, very likely, we will merge again. In this sense, the only requirement is that the monsters to join must have at least a level 10, so if it is true that sometimes there are no more choice but to find fighting to get uploads it until, at least, the minimum level for the union.

Online Multiplayer
In multiplayer option also available on-line, allowing the game open and confront others skills and strategies. In local mode, games have up to eight players simultaneously.

As for online multiplayer games we can choose both against friends or strangers in two games mode. Stresses the Monster World Championship, where we can download equipment from other players, fight against them and then view the results in global leaderboards.

In the technical aspect, it emphasizes the design of the enemies, created by Akira Toriyama, cartoonist who many will remember for the creation of series like Dragon Ball or Dr. slump.

Play Dragon Quest Monsters: Joker 2 is a fun experience with attractive and intense battles in which we can use up to 300 different monsters.

Previous: Storm Legion arrives to convert to Rift in a classic RPG
Next: The kings of the guitar with Rocksmith