Quadriga Games and Deep Silver have revealed new details about the operations of Emergency 2013, a game that will arrive on Friday 9 November. 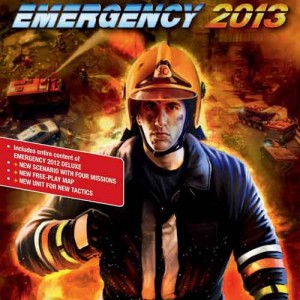 As reported by both companies, “in these four new missions, a supervolcano threatens to erupt and have to divert rivers of magma across Europe. Perforations are required near a racetrack called the Eifel volcanic province, where the magma has sparked fires that players must contain”. 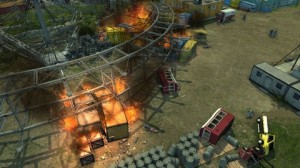 “During the operation, you need a rescue at sea on the island of Sylt. The disaster also threatens Austria: the Giant Ferris Wheel of Wiener Prater is in danger. The rescue operation culminates in a grand final in the Eternal City. The ground opens violently in St Peter’s Square at the Vatican. Emergency equipment must be delivered to the maximum to save people from the danger zone”.

In addition, Emergency 2013 includes a new map of free mode and player now has the robot firefighter among rescue vehicles. This will be published as a downloadable campaign pack through digital distribution platforms (you need the main game) and as an issue for shops that includes the new campaign and contents of Emergency 2012 Deluxe.