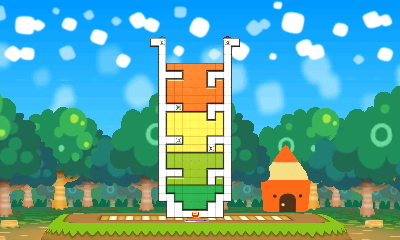 Nintendo has announced that November 15 will Fallblox, the sequel to the puzzle game especially Pullbox, Nintendo eShop, the virtual store of Nintendo 3DS. 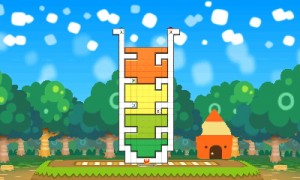 It will allow us to try to resolve more than 140 new puzzles, where now the third dimension and gravity will play a very important role when it comes to emerge victorious.

As in Pullblox, the goal of each challenge is to reach the top of the structure. But while Pullblox Mallo rescued children trapped in blocks, this time will have to collect the birds that have been established in the top of each structure.

The complexity of the blocks to move in any direction is alleviated with the scope, which is much larger than you had in Pullblox, and in addition you will have the option to rotate the camera around the structure so that you can have a more complete picture.

In addition, not all blocks with which you will find the same thing: some will have special properties that you can take advantage to solve the puzzle. The cloud blocks, for example, can move in the same way as normal blocks, but will not drop the vacuum if you don’t have to lean, so that you can take advantage of them to make the blocks placed on top of the cloud blocks does not fall.

It will also include the “Fallblox Studio” to create your own structures and save them as a QR code and share them with other players. These codes can not only identify the camera of your Nintendo 3DS, but now you can import them directly into the game, capturing codes through Internet browser of the console and saving them to the SD card.

Finally, Fallblox players will also receive 20 additional puzzles for free, which will be distributed through SpotPass during the nine months following the launch of the game.