FIFA 13 is adapted to the new WiiU

FIFA is possibly one of the best football simulator developed by EA Sports and, without doubt, one of the most popular titles and sold in history. Now, FIFA 13 will be again during Christmas. 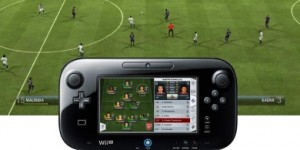 The fun is always guaranteed in a very complete game that never disappoints, although it have enjoyed all versions, may always expect some significant developments which, in this version, unfortunately, does not appear.

The WiiU console may not be the most appropriate for this title, but that goes with the tastes of each. The franchise has decided to roll over on this new platform that will undoubtedly be one of the most widely sold in these dates.

FIFA 13 playable level is very similar to the previous game, and the improvements are mainly concentrated in Artificial Intelligence.

Upgrading templates
All teams have been updated and improved aesthetics of some players who were not quite achieved in the previous title, as may be the case of Real Madrid’s Portuguese striker Cristiano Ronaldo.

FIFA 13 on Wii U adds some interesting options, as regards the Control Manager, which allows to approach the game from a technical standpoint, changing formations and giving instructions to players on how to behave on the grass.

Graphics Engine
The game remains extremely strong: the graphics engine certainly the element that makes it almost unique. Those who have not played in previous versions will enjoy it as new and spectacular, while veterans will continue buying, faithful to the series, but still waiting for something new in the new release.