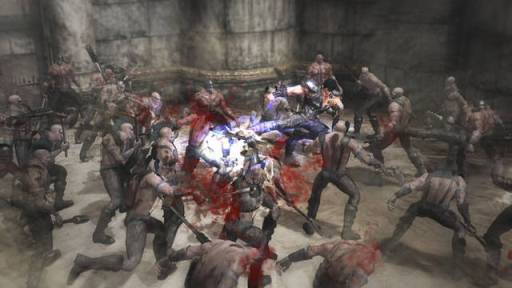 Fist of The North Star: Ken’s Rage 2 is a classic action game, based on Japanese aesthetic anime and manga series, which takes place in a futuristic scenario. 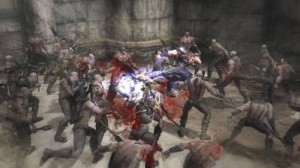 Legend and Dreams
The game is divided into two modes, Legend and Dreams. In the first we found more than twenty stages spread over four stories. By way of corridors, we will find a number of enemies that must be overcome to move forward in bloody battles based on martial arts. In the end, we will measure our strengths or abilities against enemies’ commanders, in fights that are certainly more demanding and spectacular, because the first opponents are too clumsy and awkward in the fight and make it so easy that is sometimes even monotonous fight with them.

At the level of controls is very simple. A couple of buttons to hit, another to block and a fourth for dodge and little more, so immediately repeat combos.

As we defeated enemies we receive energy that will allow us to face special duels, in which we find separate attacks and more attractive.

Technically this game we must demand more given its history, but they seem to have wanted to precipitate its output and the result is not everything good that it would be desirable. Rather poor textures, enemies with very few differences one of others, too poor scenarios… The same goes for the sound, anchored in the past and with melodies very repetitive.

The most demanding let down them, as there are huge titles in this genre to enjoy in the PlayStation3, the leading platform in 2012 sales.