Game of Thrones: for big fans of the novel

Game of thrones is a title which is trying to exploit to the maximum the success that this popular TV series, based on the fantastic novel by George R. R. Martin, has been around the world. 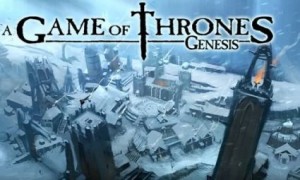 A classic RPG
The game is a classic RPG, but this genre being one of the biggest titles each year to provide video game market, and given the importance of the name it bears, its creators should be more careful its staging, as it is not at the height of the novel, one of the most widely read in recent years.

The game has an acceptable length, about 30 hours, but in order to arrive at the best, which is its final part, we have a good time, more than half, bored with slow and predictable plots.

The stories, though with some variations, are fully inspired by the novel, aesthetics and recreation characters and settings are easily recognizable to those who have been viewing the series.

Fighting too static
The fighting is happening in statically, with very little freedom to decide what actions we need to take to win the duel. Anyway, the enemies nor will bring us in many trouble.

Despite these shortcomings or weaknesses of the game, fans of the book are certainly positive things in the game. This is what has been become a cult title, everything that bears his name is doomed to be a success, at least at the beginning.