Hybrid is a multiplayer shooter in the third person that presents a story futuristic, sexy, and a playability that is entertaining in a genre where it is very difficult to surprise due to the proliferation of titles but with which we enjoy with many shots by measuring our forces against other players. 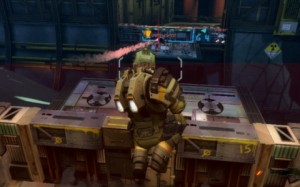 Two opposing groups
The game presents two groups, the Variant and the Paladins, get confronted by dark matter, the most precious resource of time. From here, three duels against three-laden futuristic aesthetic with the particularity that gravity is a fundamental element in fighting that it can condition all, even above the weapons at our disposal.

Some surprises
Like all shooters go kill the enemies and adding objects we will improve our performance, becoming nearly invincible warrior. But beware, no trust, and then there are surprises that can ruin when we thought we had been victorious.

At our disposal we have a arsenal’s immense (pistols, machine guns, grenade launchers…) that we will unlock as we achieving milestones.

Perhaps the game lacks certain originality in their structure aesthetics. It seems that characters and settings and we have seen before, or at least resemble many other titles that have passed through our hands. It’s hard to innovate, but should have been more careful this.

Still, the game is fun to play especially online measuring our forces and compete against other players.