Impire is a downloadable title for PC which proposes an action game based on the strategies, properly designed but far from the success of other similar games like Bullfrog or Dungeon Keeper. 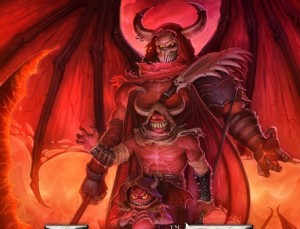 A devil
The game is the main protagonist of Baal-Abaddon, a devil who will star in various disputes with the other protagonist of the story, Oscar van Fairweather.

The scenarios where we will be moving are the dungeons that we must go by setting. Perhaps here more options they should have included because very soon we are doomed to absurd repetitions to so much lack of resources.

Better is the mode in which the combat system, which combines numerous elements and characters, which bring a very dynamic activity that, requires to be vigilant if we want to look surprised at the first hurdle. The number of missions seems to be scarce and it would have been desirable to give the game more depth.

Levels
As we move we get improvements in skills and levels of difficulty increase. The problem is that, once the mission was over, we lose improvements and go back to retrieve it, a fact which is not at all attractive, because it gives the feeling that we enter a loop that is hard to leave.

Impire includes an interesting cooperative mode, certainly much more attractive than if you only play against the computer.

At audio-visual level Impire played with a cartoonish aesthetic point that offers opinions for all the pleasures.