Is The Growth in MLS Connected to the Popularity of the EA FIFA Franchise?

MLS was once regarded as a very minor league that was considered by European football fans to have only a very small following. David Beckham’s move to LA Galaxy was seen as a bid to get more people interested in a sport which, as far as European fans knew, ranked below competitive eating as a popular sport in the USA. 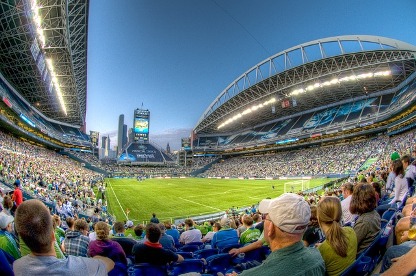 MLS Growth
While this stereotype still exists in many people’s minds, there is no denying that soccer in the USA has taken off in a big way in the past 10 years or so. As the sport has grown, some stadiums such as CenturyLink in Seattle (also home to the Seattle Seahawks NFL team) see regular attendances that beat out Stamford Bridge and Old Trafford (yes, this is due to CenturyLink’s larger capacity, and it could be argued that the English Premier League could fill its stadiums many times over in terms of demand, but it is still impressive in terms of MLS growth!). MLS is covered much more on TV, and interest in soccer can be demonstrated by how much activity there was on Twitter from fans of the USMNT (United States Men’s National Team – in America they specify that you are watching the men’s team because their women’s team is almost as famous and important) during their match with Belgium in the 2014 World Cup. This match was considered one of the tournament’s most exciting, and will stick in most football fans’ memories almost as much as the infamous Germany v Brazil game!

EA FIFA Growth
The statistics show that as soccer attendance and TV ratings have grown in the USA, so have sales of EA’s FIFA video game franchise. According to SBO’s infographic of FIFA vs Real Life, worldwide sales of FIFA 15 are at 11 million, with 2 million of those sales being from US based customers. In the USA, they released a version of the game with MLS themed packaging – this was a bit problematic for the PlayStation version, given the MLS star they featured on the box was Clint Dempsey, who plays for the Seattle Sounders, who are sponsored by local business Microsoft – if you buy the game for Xbox he is in his Xbox sponsored Seattle shirt (or ‘jersey’ as they call it in America), but if you buy the PlayStation version he is in his USA shirt! The MLS star is always featured alongside other international stars like Messi and Rooney, but EA always put an American player on the box for their US release of the game.

Which Came First?
People may argue that the success of FIFA as a game got people into the sport. The Madden NFL franchise has a similar format to FIFA (both are made by EA), so the game is very accessible to people used to the NFL game. However, it is more likely that the new fans brought in by the increasing quality of MLS are simply buying the game for the same reason European fans do – to play as their favorite teams and players!

MLS is still a long way off being as big as other US sports, but it is definitely going in the right direction and may eventually rival major football leagues like La Liga and the EPL for support!