In this E3 has been a surprise for everyone: The fifth Metal Gear Solid, a new Battlefield, a Need For Speed, the fifteenth installment of Final Fantasy… 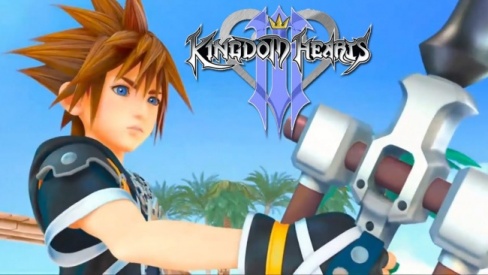 And, finally, an announcement expected by gamers all age community, which finally became a reality during the Conference from Sony and PS4 (though the game will also appear for Xbox One): Kingdom Hearts III.

Almost a decade without Kingdom Hearts
Eight years after the release of the second part of the saga for PS2, and after a generation consoles where only we could see Sora, Goofy, Donald and company in several spin-off for portable consoles (some excellent, as Birth By Sleep, and more mediocre, as Dream Drop Distance), at E3 we finally see sora, again in Twilight town and finding a new Keyblade, something that would take him to fight thousands of heartless in a sequence that promises to be epic.

Square Enix has anticipated that the new generation of consoles will have at least a new installment of the series, and new agreements that has come to Disney lately, it is possible to see our players coming into the worlds of Star Wars or hobnobbing with Spiderman. Who wouldn’t give anything away once the water levels of the Little Mermaid and face to face with Doctor Octopus at swords?

Who will?
Little is known about the game at the moment, beyond that we will see, in addition to Sora, to classic characters from the series as Riku, Donald, Goofy, and of course, King Mickey, facing back to Xehanort. While the world seems to be about to come to an end and collapse, our adventurers go in search of the seven guards and keys light heart, something that will take the most epic final showdown of the series.