The first edition of 2015 Finnish magazine Pelaaja, has an extensive article about Mortal Kombat X and it reveals the return of the beloved Kung Lao who joins with other fighters already announced as Scorpion, Raiden, Kano, Sub-Zero and others. Based on the information of the magazine here given some details of the history and character: 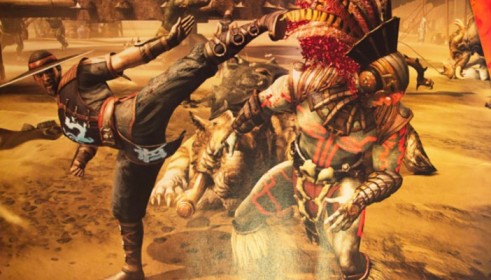 The creator of the game, Ed Boon also ensured that the online features of the game are even more complex. At the beginning of the game, the player will ally himself to one of five different clans and each group will collect points that release resources and even change the color of the menus. Each player will automatically contribute to the group, regardless if you’re playing online or alone. Mortal Kombat X is scheduled for 2015 and will get versions for PC, PlayStation 3, PlayStation 4, Xbox 360 and Xbox One.