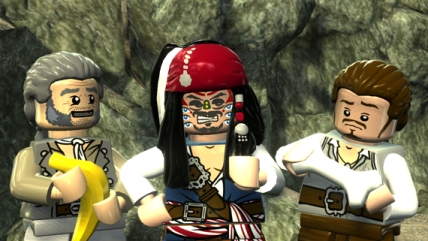 The popular Jack Sparrow also has been resisted Lego, which leaves no successful film without bringing to the game, as happened with Batman, The Lord of the Rings, Star Wars or Harry Potter. The Pirates of the Caribbean saga has a huge following among young audiences and that’s where Lego turns its gaze. 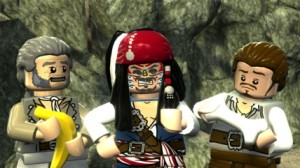 20 levels for four films
Lego Pirates of the Caribbean includes aspects of the four films in its 20 levels, at the rate of five each of them. The gameplay is almost very similar to the previous installments of Lego, a simple combination of platforms, puzzle solving with searching for objects and funny movements of the characters.

Also interesting is the cooperative mode in which we will have to coordinate up to eight characters simultaneously, trying to get each of them we require the ability to achieve the common goal marked.

Some innovations
Although Lego stays true to the style already known in previous installments if there are some developments or improvements. The success of Pirates of the Caribbean is that it includes more action, fighting, persecution… to fit itself to the hyperactivity that the pirates develop in the movies. All without losing the simplicity, because we must not forget that the game is aimed primarily at children.

On the soundtrack, as usual in Lego games, has respected the original movie. The sound effects also fall short of the franchise.

No doubt this new installment of Lego is pleasing to the younger audience, which is a simple action game but very effective, easily recognizable.

Previous: Baldur’s Gate is modernized to remain a major role
Next: NBA Jam, in the best street basketball courts