Lego successfully recreates the trilogy of The Lord of the Rings

Representing as original aesthetics of The Lord of the Rings through Lego has enormous merit and no small difficulty. However, TT Games has a game of attractive and fun doing its particular version of blockbuster movies, as happened with the release of Lego Star Wars or Lego Batman. 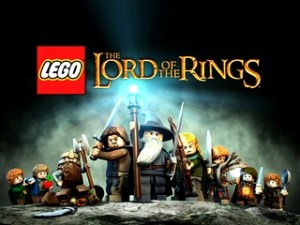 Experience
With accumulated experience the creative of the game have achieved an optimal result. The adaptation of the novel to film The Lord of the Rings already was exceptional, and doubts arose in its version for consoles and especially considering that this is a title primarily intended for a child. However, the original story has been respected although throughout the games we will find some licenses that we will even be fun.

The game has been divided into 18 stages spread over the 3 movies. In order to adapt this vast fictional universe has created a system of open world that will allow us to advance through Middle-Earth, as if a pure sandbox were in search of missions of the way. To understand this playable concept we will have a map that will allow us to know everything that hides the Middle-Earth and travel freely.

Action and adventure
In this open world designed by TT Games find a perfect recreation of all sites in the saga. The development of the games will pass like a game of action and adventure to use (exploration, collecting objects to promote skills, fighting, strategies …). We will increase the level as we overcome scenarios.

Just need to touch three buttons to direct the activities of the characters. Maximum simplicity for the small players.

The Lord of the Rings through Lego