Lollipop Chainsaw is an original and entertaining game that it mixes action and adventure in which the protagonist is a young man attired as the cheerleader popular for American universities and which becomes a perfect machine to kill zombies. Suda51 proposal is attractive and safe that it does not disappoint. It is not a game more than zombies. 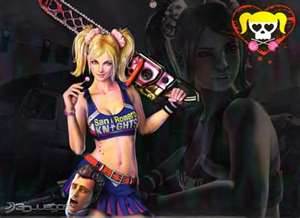 Action, blood and humor
In Lollipop Chainsaw we find action, blood and certain touches of humor. The protagonist, Juliet, aided by a sierra mechanics (perhaps in a nod to one of the best horror films as it is the Texas Chainsaw Massacre), has as its primary mission ended with a large group of zombies. Always be accompanied by, attention, by the head of her boyfriend, who to be infected had to be beheaded.

The scenery which shows us the game, from the own protagonist attacking with PomPoms and a chainsaw to the zombies, the scenes in slow motion with cinema movements clearly exaggerated parody mode and the presence of other secondary characters are an artistic compendium that we want from the outset.

The Lollipop Chainsaw combat system is quite simple. As we are winning coins while we kill zombies we can buy new combinations that are executed in the purest style God of War.

Visually rich and sound
The visual spectacle is worthy of mention, with a mixture of bright colors in our chainsaw attacks will be spitting blood enemies on all sides. The soundtrack is one of the strong points of the game. We are faced with a proposed rock that accompanies with much rhythm during the fighting.