Mafia 3 is confirmed and will be officially announced at Gamescom

After several rumors of the existence of the next game in the Mafia series, finally 2K Games confirmed the official announcement of Mafia 3, which will be revealed during the Gamescom 2015 event held next month in Germany. The news came via Twitter, where the company posted a picture with the date for the revelation of the new game franchise. 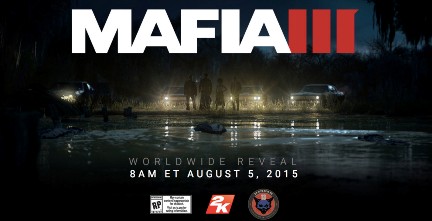 So far no details have been revealed as a platform or release date. Rumors about the existence of the game date back to 2012, when it was reported that the 2K Czech developer worked in the game. In the same year, another report said that was in development for PS4 and Xbox One, had a title that would be released along with the consoles.

However, a later report stated that the development was going through problems, which caused change in plans. Later, the actor Rick Pasqualone, responsible for the dubbing the protagonist in Mafia 2, revealed that a new game would be announced soon.

As early as June this year, Take-Two Interactive has registered several domains related to the game.