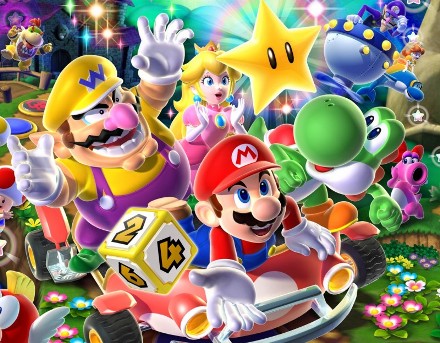 One of the most successful titles of the world’s most popular plumber is the Party, which continues to provide new updates for their faithful followers. Now, Mario Party 9 comes with some new style but always loyal and willing to provide fun in group in the Nintendo and Wii. 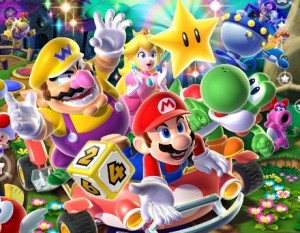 To the stars
The gameplay of Mario Party 9 and previous editions is very simple: the players travel through a dashboard for stars and who gets the most wins.

We place Mario in command of the vehicle (which is changing, never the same) and begin the search for stars. But beware, avoid the ghost that haunts us and subtraction score and overcome the evil Bowser.

Fun mini-games
The Mario Party 9 minigames are intended for the public, because its control is very simple. It should not be forgotten that although the saga goes to players of all ages are younger people who feel more identified with the character. The games require some skill and clarity and quick thinking.

In addition to these elements, which are the bulk of your adventure, Mario Party 9 has battles with bosses and bonus screens. Latter coincide with key moments from the board and with the end of it and, unlike a platform game, in them you can’t die. The grace of these levels is that they force you to play in cooperative to end with the bad.

The entire presentation of Mario Party 9 is more than correct. Wii has its technical limitations, but these are not a handicap in the world of Mario, simple, colorful and aimed at children or family. The scenarios of the boards are wide and the characters have already seen aesthetics in Mario & Sonic at the Olympic Games.

Previous: The kings of the guitar with Rocksmith
Next: GTI Club Supermini Festa: Racing wildly through the city