Microsoft confirmed the purchase of Mojang AB, creators of Minecraft, for $2.5 billion. According to a press release, Microsoft said it expects the deal is officially closed by the end of this year. The founders of Mojang, including Markus “Notch” Persson will shut down the company. 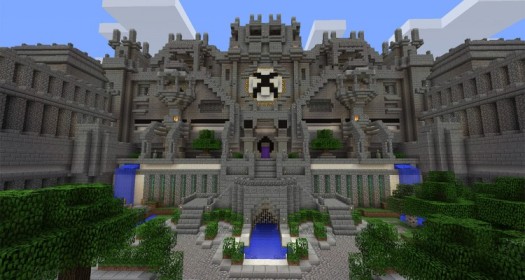 Microsoft promises to respect the brand and the independent spirit of the game and will continue the tradition of innovation. The company also confirmed that Minecon conference will continue next year. In turn, the Mojang said in a statement that “there is no reason to stop the development, sale and support” for all current versions.

The Mojang, through executive Owen Hill, justifies the sale to Microsoft saying that the project has gone from “a simple game to something monumental significance”. He adds: “Notch is the creator of Minecraft and the principal shareholder of the company and he decided he did not want the responsibility of owning a company with such importance. In recent years he tried to work on smaller projects, but the pressure of being responsible for Minecraft was very large. The only option was to sell the Mojang. He will continue to build cool stuff, do not worry”.

The Mojang believes that Microsoft has the potential to elevate to the level that the Minecraft game deserves. Despite having confirmed that support for current platforms will not be interrupted, the Mojang was cautious and added: “Of course, Microsoft can not make decisions for other companies or predict the choices that they might do in the future”. Phil Spencer, head of the Xbox division of Microsoft also said that the company intends to Minecraft continues to be available on all platforms, including iOS, Android, PlayStation, Xbox and PC.

Talks about a possible deal between the two companies began when Mojang has worked with Microsoft to bring Minecraft to the Xbox 360 two years ago. The success of the game on the platform has made the relationship of the two companies fortify and created a basis for new opportunities.

In June 2014, Minecraft, the popular game nowadays, reached the milestone of 54 million units across all available platforms. Only at PC are more than 15 million units. The launch of the PS4 and Xbox One happened two weeks ago and like all other platforms, it was an immediate success. The game was originally released in 2011, after a period of two years in beta. This is the only big release of Mojang since then. The company has already created mini-games as part of promoting competition, but nothing commercial.