Monster Hunter returns: Now on the Wii U

Monster Hunter is a popular Capcom saga that wins year after year triumphs in Japan. However, outside the Japanese market has no such reputation, although it is a good game of action and elements out resulting in quite entertaining. 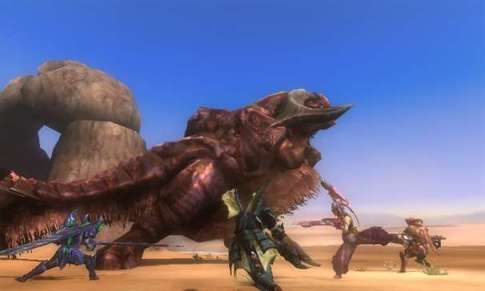 With Monster Hunter Tri for Wii, Nintendo partnered with Capcom to popularize the series in Europe by eliminating the monthly fees that were necessary in the Japanese version. Now, years after its release, we find Monster Hunter 3 Ultimate for Wii U, a version of that game for Wii but that brings new content.

A monsters hunt
The game will put us in the role of a hunter who comes to the village Moga right after a terrible earthquake. Our goal is to complete a series of missions that try to hunt down monsters and collect items that will provide new weapons to improve our ability to attack and defense.

The game is quite challenging and in addition to play alone we can enjoy proper online mode where we play with three other hunters.

Technical improvement
On a technical level it is noteworthy that its passage to the WiiU against the DS improves the game. The graphics are better and the visual aspect earns a lot worse. In the sound section we find a large collection of sound effects that allow us to immediately identify the various monsters and, in many cases, anticipate some of their attacks.

This new release improves seen previously by those who know the franchise, for whom it will be indispensable.