New Super Smash Bros for Wii U and 3DS

We continue with news of E3, in this case it is the turn of Nintendo, and the company introduced the new release of one of their legendary fighting game, Super Smash Bros, compatible with Wii U and 3DS. 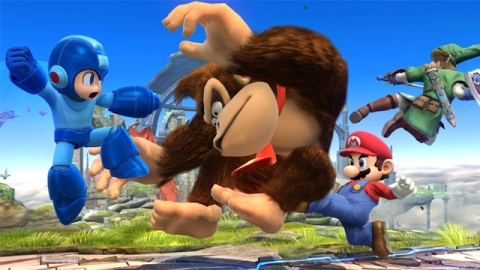 The new Smash Bros will have news so striking as the addition to the cast of fighters Mega Man, a character that certainly we want to see in a release like this. New character, perhaps the most striking of the new cast, is the coach of the Wii Fit, which had gone unnoticed until now; in addition, we will also have the new cast with the protagonist of Animal Crossing. All these characters are accompanied by the classic fighters like Mario, Kirby, Samus or Pikachu.

Already more than five years ago that is released the last title of this game, Smash Bros Brawl and many were already the desire of fans of a new game that has been the most applauded launch at the Nintendo E3 conferences.

For Wii U and 3DS
We may have this title for both Wii U and the Nintendo 3DS handheld, although present visual differences: Wii U, meanwhile, supports a more graphical power than Nintendo 3Ds; opt for cel-shading graphics. In addition to the visual, we also find that there will be differences in some phases and stages, exclusive for each console, which can not perform a crossover game between the two platforms.