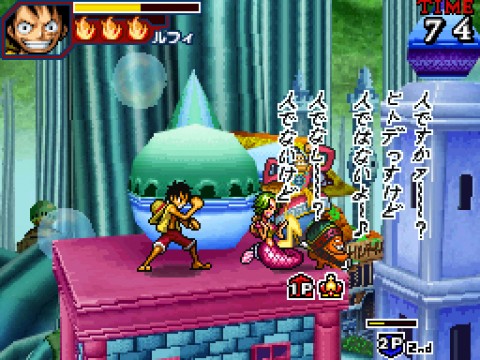 Home » 3DS game » One Piece: fun pirates in search of the treasury

Ganbarion studies have returned to lead a successful manga to a video game for Nintendo. This time it’s One Piece: Gigant Battle, an action game in which the Pirates will be the stars of the hilarious battles. 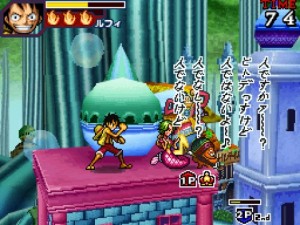 Inspired by a series of manga
The story takes us from the hand of the pirate Monkey D. Luffy, to try to find the treasure One Piece. It must be borne in mind that the series manga which inspired has more than 500 chapters, so the version for the small Nintendo console has had to be reduced. Still, the result is not bad and we will have more than four hours of entertainment. The passage of manga series video games continues to provide great creations.

Battles
In search of treasure find various difficulties, as most battles against other pirates and ships, which allow duels of up to four characters simultaneously.

The mechanics of the fighting is simple, but has its interest. We will have, in addition to the blows that we can give to our arms and legs, of different weapons to be launched against our enemies. Important will be the achievement of milestones and sum of points that will allow us to improve our abilities to master the games.

We are therefore facing a typical Japanese game in its aesthetics and playability with a known, which will allow us to from the beginning get the most out of it.

Previous: Tetris Party Deluxe: triumphing over 30 years
Next: FlingSmash: a ball of weapon to take