Sega has revealed new details of Phantasy Star Online 2 on PlayStation Vita, a title which is also in development for PC and with related applications in IOS and Android, and it will arrive as a game under the model ‘free-to-play’. 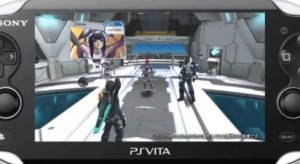 The game will be available on February 28 in Japan, while that at the beginning of January will be carried out a private beta to test the proper operation of the servers.

We know well that, when it comes to the PlayStation Vita version of the game will offer the free model since its launch in the Japanese market, and Sega says it will not compromise the playability of the title with micro-payments that could adversely affect those who do not purchase.

The portable players focus on the free model can only connect to the players of the PC version in certain areas, and your account will be limited to PSN user who is linked to the card. The game will not be accessible in any way without internet connection.