Pinball FX2: Now with the Star Wars saga as protagonist

Pinball FX2 is a classic game that recreates the popular game of pinball machines. Now updated with three new tables based on the Star Wars saga and, again, are very entertaining. 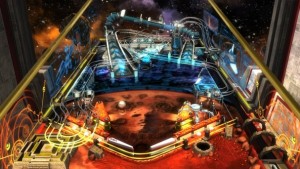 Downloadable
The franchise arrived a couple of years to Xbox Live and today remains one of the references of the genre, thanks in part to the downloadable that keep it constantly updated. For 800 Microsoft Points and you can access the first three tables, the Empire Strikes Back, the bounty hunter Boba Fett and The Clone Wars, of the ten that will form the final set dedicated to the legendary film series.

The Empire Strikes Back is a very attractive table that includes the characters of the series (Han Solo, Princess Leia, Luke, Darth Vader …). The design is classic with a touch of retro. The animations are great quality and will find a variety of actions that will provide moments of great fun.

The famous bounty hunter Boba Fett is the second of the tables. An original and very technical proposal, with numerous nooks and almost inaccessible areas which will provide us many surprises and points.

The third of the tables, dedicated to the battle of the clones, we will be surprised by the combination of elements that we use to successfully overcome the attack of the clones.

Minigames
The three tables share some common points between them, like mini games that provide variations to the game, which not only consist in taking the ball to the areas that score.

The game’s controls are well suited to control everything that happens on the screen. Everything is pretty intuitive.

The multiplayer mode allows simultaneous turn-based game or to split the screen, and also have the option to play games online.