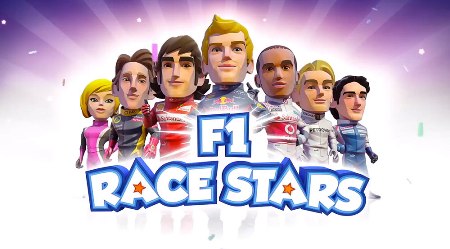 F1 Race Stars, which provides us with twelve of the most celebrated runners of this sport to star in hard-fought races in original circuits. 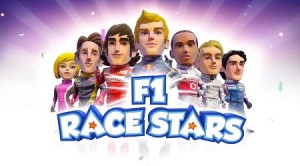 Not a simulator
Not a simulator, but includes aspects of them. It is a racing game in which the priority is to fun on the skill. For example, the characterization of the 12 stars of the F1 World has been caricatured, and the circuits, 11, acquired forms that break with the dictates of physics. Curves, loops, jumps… All to achieve a great spectacle.

The game allows racers hit each other and force them to go through the pits for repairs. Also the option of the safety car is innovative, as it facilitates further behind the cars can use it to stop those who are ahead and so regain career options.

Realism of the cars
While the pilots are characterized in a way rather original, vehicles respond with absolute fidelity to the real in its physical aspect, even if they don’t in their behavior. Managing them is much easier than in the simulators, allowing even the younger audience can adapt to F1 Race Stars without any problem.

We are faced with a title that premium the originality and fun compared to the realism.

Previous: The episode 5 of The Walking Dead arrives on November 21
Next: New details on Wii U, storage, compatibility with Wii and more