Red Steel 2 is the continuation of a novel title and the original a few years ago and tries to overcome some shortcomings of the first installment, born on powerful Ubisoft studies but did not achieve the success expected. The result of this second part is a much more labored, deep and entertaining, but it can still be considered a great success. 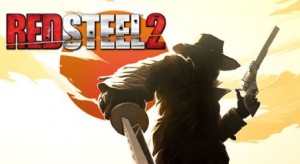 Nice graphics and designs
The graphics and the aesthetic aspects of the scenarios and characters maintain a high level, and resembles in this aspect qualifications so dedicated as Borderlands.

The story takes us to a city of beauty far west but includes some surprising elements that make the story more appealing. We have to eliminate enemies as we are going to find and keep trying to reach our goal.

This time, the game has a proper depth; we will be playing with the Wii for several hours.

Still, something is missing. Sometimes the duels are too monotonous and extremely simple, although luckily it is not usual. Obviously there are shooters better than Red Steel 2, but there are also much worse.