Resident Evil: Revelations is the HD version of the game in the series which was released on 3DS and has been considered one of the best recent installments of the franchise. The game features improved lighting effects and additional content, among them includes a new enemy an extra difficulty mode and improvements for Assault Mode. 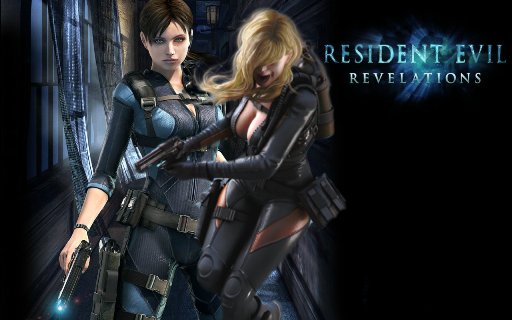 And it is that Capcom still committed to one of their most acclaimed and successful sagas and the result of their efforts comes the version adapted to the consoles and PC of the acclaimed chapter until now exclusive to Nintendo 3DS. Available on all consoles, experience in the PlayStation 3 from Sony is truly spectacular.

New terrorist threat
The story unfolds on two parallel storylines. The first follows the footsteps of Chris Redfield and Jessica Sherawat, while the second collects the adventures of Jill Valentine and Parker Luciani. Now we find a new terrorist threat carried out by the organization Veltro, to which is attached the sudden appearance of a ghost ship whose crew has suffered a new virus called T-Abyss.

The gameplay is based much in battles against monsters hunters, mutant wolves, murderers and other fish infected creatures that haunt us and with which we must finish shooting based, at first very basic weapons, and as we progress, with more sophisticated and powerful.

Spectacular scenery
The recreation of the scenarios is one of the strengths of this title, and found terrifying spaces that generate a very overwhelming sense of claustrophobia and tension generated.

On a technical level the game maintains the quality that has always shown the franchise and where improvements can be seen is in the sound section.