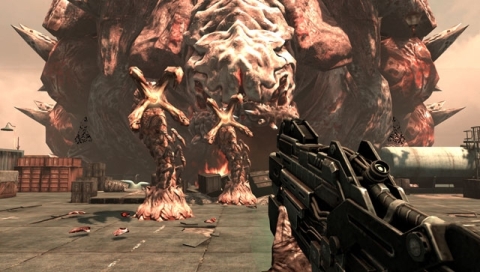 Resistance Burning Skies is a first-person shooter designed to play with two joysticks on the small Sony PS Vita. In principle, it sounds good, but all is not gold that glitters. 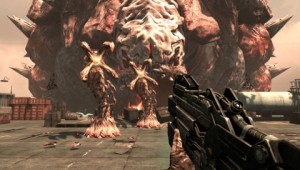 Traditional Shooter
The game has all the features of classic shooters: corridors in which we move forward with our weapons and shooting anything that appears in front of us. Few developments in this aspect.

Despite the expectation that this title has been lifted, mainly because it is launched in a few dates on which the marketers invest a lot in advertising has attracted strong support that we are at the height of sales throughout the year, perhaps we were hoping for something a little more complete.

The game is somewhat short, it is that once we find the point and just brings news that we have not seen before in other games of a genre as crowded both number of titles and quality of some work. Unit 13 is an option much better, although its on-line is limited to cooperative. Because, of course, the Resistance Burning Skies on-line is a great attraction.

We have 8 weapons and we can also make use of grenades and an ax for the body to body.

Technically Poor
Technically leaves much to be desired, especially since previous expectations were very high and can be seen disappointed. For more expert shooters may not be of much interest, but new players will find themselves shooting a few hours of nonstop entertainment.

Previous: Papo & Yo: A game with social message
Next: The Avengers: Battle for Earth – for the fans of Marvel