Rockstar talks about GTA V mods on PC; editing videos come on PS4 and Xbox One

In posting on the official website, Rockstar assured the players that has nothing against the mods for Grand Theft Auto V on the PC. After the latest updates, some of these changes have stopped working, but the incident was not intentional according to the developer. “We always appreciate the creative efforts of modders community on the PC and continue to support them, regardless of some unintended consequences”, the company said in a statement. 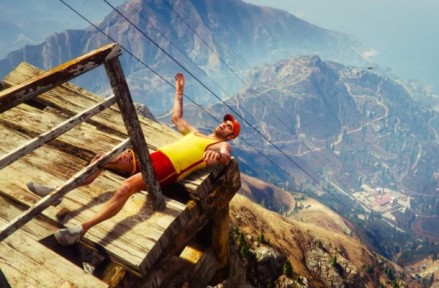 “To be clear, the policy of mods for the game hasn’t changed and is the same we had in GTA IV. Recent updates in GTA V on PC caused problems in some single-player modification. This was not intentional, nobody was banned for using modifications and you should not worry about being banned from using single-player mods on the PC”, Rockstar added. But this does not mean that the developer does not monitor the mods, since any change that affects the GTA Online, giving advantages to players or causing disorder, are considered cheats and are not allowed.

Another way that Rockstar is trying to ban the cheats and at the same time allow the fun mods for the single-player is by blocking videos on YouTube that teach how to use these cheats on PC. “Any user who post videos encouraging promoting cheats to gain more RP, coins in the game or duplicate items will have their videos on YouTube blocked immediately”, said the developer in a statement.

Another great news is that the fantastic Rockstar Editor, which allows players to create videos for Grand Theft Auto V, also come to the PlayStation 4 and Xbox One between July and September this year. The tool was launched with the version of the game on the PC on April 14 and several great videos have been created by the community, check out one of them.