Ryse: New game set in the Roman Empire for Xbox One

Another day comes to video games presented at E3, in which case it’s up to Ryse: Son of Rome, a new proposal from Microsoft for Xbox One set in the Roman Empire. 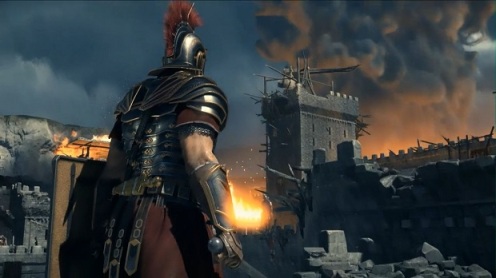 Discover Ryse: Son of Rome
If there was a game that Microsoft took the time to make it look its gameplay that was Ryse: Son of Rome. This time we drive to a Roman soldier, Marius, whose facial expressions and graphs are quite labor and offer a lot of details. This soldier fighting in third person held against their enemies, by which at times will be cornered and will face dozens of them.

The cinematics were pretty interesting and illustrative and, what was not so applauded by fans of Microsoft was the abuse of quick time events or combinations of buttons that we must meet if we do not want to be defeated.

Although it is one of the most striking of the games presented at E3, is accused of, a priori, be too linear, since the cinematics are very measures and is expected to abuse them to the detriment of the gameplay. Although, for many this may not be a problem, since each time are not made more games in which the undisputed protagonist is the story and not the gameplay.

A title that has been hard to get
Although Ryse has been announced for Xbox One, what is certain is that the E3 two years ago has already been announced for the Xbox 360 as exclusive to Kinect and in which you controlled the game by moving the body; but this proposal was in nothing and, in this E3, Ryse: Son of Rome, has resurfaced to establish itself as one of the most anticipated outputs for Xbox One.