Ryse: Son of Rome will be available for PC

The company Crytek has announced that the game Ryse: Son of Rome, one of the exclusive games for Xbox One that most have drawn us attention, will be available for PC from this fall and is expected to include downloadable content that the game has been receiving. 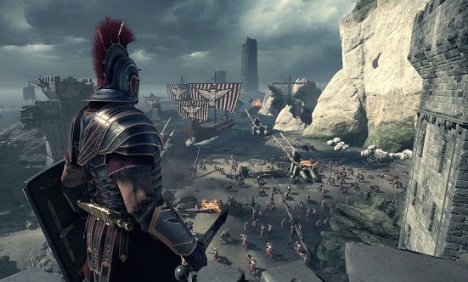 Ryse: Son of Rome
When we saw some videos of Ryse: Son of Rome at the E3 video game show that caught our attention for its epic battles and confrontations and the realism of its graphics, which made you jump right into a story, apparently, very interesting. The only point against which we encounter in the game was the apparent continued use of quicktime events during the battles, that made them quite difficult and they give you little maneuver for improvement in these.

After these images Ryse: Son of Rome was launched, initially exclusively for the Xbox One console. And now when it is announced that will be available for PC. And it is the Crytek Company which will handle this game on digital edition, whereas if we choose the physical edition of the game because we prefer this format or will be Deep Silver to be responsible.

Downloadable content
The complete edition of the game, both in digital and physical will include all those downloadable contents that have been coming out slowly. These contents are four more packs, which are Colosseum, Mars’ Chosen pack, Duel of Fates pack and, finally, Morituri pack as well as a map of the ruins for use in multiplayer and a sword. Everything you need for the Ryse: Son of Rome is more complete and we disputed those epic battles that we saw in preview videos on our computer.