Silent Hill returns with the nightmares of Book of Memories

Silent Hill: Book of Memories is an action role-playing game for PS Vita based on nightmares and terror and that has a strong basis in the multiplayer mode. Konami is responsible, and although it is a signing with great titles to its credit, sometimes the work, as this is the case, do not quite get round. 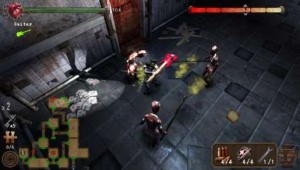 The story is part of the nightmares that has the protagonist of the Book of memories each time to sleep. Dreams, terrifying, solidify into reality and we must deal with the challenges facing us.

Classic RPG elements
There are many enemies to contend with, lots of weapons and items to collect, and an interesting approach to classic role.

The combat system is abusing the ranged combat, and although it includes some magical skill, struggles against the various monsters end up being monotone in approximately ten hours in which we can take to complete the story. Perhaps it would have been better to work over the design of the different levels to be less similar.

Best in multiplayer
Despite everything, play multiplayer enhances the experience. In addition, its adaptation to portable format is another plus point of the title, because the handling is perfectly adapted to the controls on the PS Vita.

A level is also aesthetically attractive, and the accompanying soundtrack is also suitable.

Silent Hill has not succeeded with this new release improve the until now known, yet still maintaining interesting aspects for those who remain files to the saga.