Sonic Colors: The expected revival of the blue hedgehog

Sonic Colors is a new installment of Sega’s popular blue hedgehog that enjoyed great success in its early stages, but had lowered its level of acceptance among gamers because different versions that appeared on the market not being a finished product to the height it presupposes to their creators. However, this latest work seems to be trying to rescue Sonic the lethargy in which it was located. 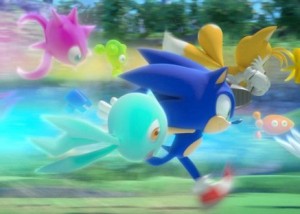 In this platform game history is not determinative, and the gameplay itself. Most of the game takes place in a macropark with different worlds that Sonic will progress and overcoming the various difficulties that come along.

The different tests are not exempt from the trademark humor of Sonic, so appreciated by younger players, who really is the audience for this game.

It has greatly improved the visual aspect with respect to past deliveries. At this point would be very close to the great Mario, icon of the platform for Nintendo.

Entertaining and fun
Sonic needed a game that would give hope to fans that have spent several years asking for an update of the hedgehog in conditions, and it has been achieved after numerous failed deliveries.

Those who enjoyed the first stage of Sonic recognized now that the hedgehog remains a personage entertaining capable of providing hours of enjoyment. The problem is how many abandoned in the years in which the market works not well worked out rather improvised, that almost finished with the goose that lays the golden eggs.