The month of October is coming, and with it, the expected Driveclub, exclusive game to the PlayStation 4. With the approach of its release, Sony revealed via the official blog of PlayStation, details of planned expansions for the game. Sony and developer Evolution Studios intend to keep the player stuck for a long time with new content. 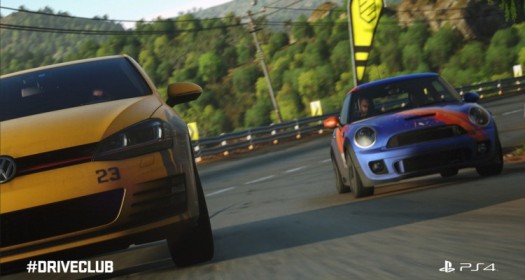 Among plans for post-release content, updates are free, as the system of weather conditions, photo mode and a car available each month, until June next year, starting as early as October. In addition, new free tracks will also be added, to add up to 25 already available with the game. The car will be available in October has already been disclosed, the Mercedes AMG GT, car not yet released in the real world, so it will be first seen in the game.

Outside the free content, the company promises to launch several DLCs that will for long time until 2015. As in other games, players will have option to purchase each DLC as they are released, which added together amount to more than $ 75, or getting the Season Pass, which will be sold at $ 24.99, making more worthwhile. Among these contents are new cars, plus tours of the campaign and trophies, and will begin to be released as early as November this year.

And for those more anxious, still exist micro-transactions, which will unlock cars more quickly using real money. The studio also promises to take into account feedback from fans for future updates. Driveclub was originally set to come out with the launch of PlayStation 4, in November 2013, but suffered postponement due to a critical problem and arrive on October 7, with a simpler version for PS Plus subscribers, who will have the option to migrate Full version with a discount of $10.