The company Square Enix has announced Life is Strange, a game being developed for the study of Remember Me. It will be an episodic adventure game for PS3, PS4, Xbox 360, Xbox One consoles and also for PC. 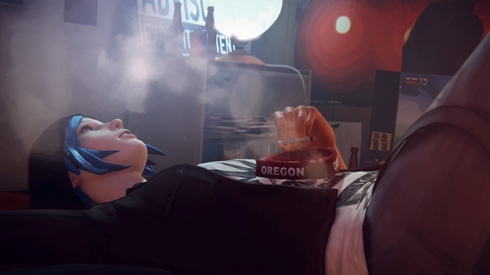 Similar to Remember Me
Remember Me, when it was released, was a game that struck many by its original and rather attractive argument. However, once played to it, fell into some basic errors and, although it was an enjoyable game, wasn’t much less what we expected; an adventure with an argument that is never seen until now.

New study that developed in the past this game embarks on a new adventure; this time that of Life is Strange, a game company Square Enix that will be divided into episodes. The company itself has unearthed some footage for us to go getting an idea of its graphics.

Of what will it try?
This time also proposes an argument that looks set to keep the pace of the game: this is a young woman who returns to her hometown after five years studying and return to find her best childhood friend. But when they are, instead of celebrating this, they will need to investigate the circumstances in which faded a former companion. Knowing the storyline of the game no doubt that the script will be the main focus of the game and that, probably, the gameplay relents to unleash an interesting plot. If this is done with a good story that catches us not be a problem; this will come if it is a watered down history.