Starcraft 2: Heart of the Swarm: Meets the expectations

Almost three years after the release of “Starcraft 2: Wings of Liberty”, Blizzard released the new expansion of the famous video game “Starcraft 2: Heart of the Swarm”, which has already sold more than 1.1 million copies. 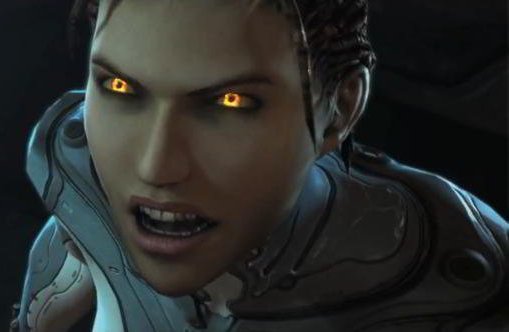 Although the game has a great story behind it and a fantastic solo campaign, its strength has always been the multiplayer game, and is considered the best multiplayer strategy game that exists. MLG (Major League Gaming) that brings together the best professional gamers in the world and is very enthusiastic about the second installment of “Starcraft 2”.

The second part of the trilogy, become part of the story between Jim Raynor and Sarah Kerrigan, after Jim rescue Sarah from the Zerg. In “Heart of the Swarm”, we ignore the Terran and Raynor and play as Kerigan controlling the best Zerg have ever seen against Protoss, Zerg, and, of course, the Terran.

All games have the same mechanical strategy, gathering resources to buy a large enough army to defeat the enemy. We will have a swarm full of new and creepy creatures, and so that each game is faster, the “evolve” only between missions, choosing skills in terms of how we play.

Kerrigan will also be transforming and gaining levels according to progress in the game, something, “inherited” from “World of Warcraft”, every 10 levels we can choose a skill set that will make it a really powerful, if we choose well.

As for the graphics, notice the three years between the first release and the second, and all Zerg and Terran are much improved, the detail of even the smallest units, is much higher. For fans of Starcraft, it’s definitely a must buy, but also for those who like strategy games will find a bright and balanced.