Storm Legion arrives to convert to Rift in a classic RPG

Rift is a title in its first appearance and many fans to role-playing games. Now come its first major expansion, a must for any self-respecting RPG and wanting to have continuity. Some fail precisely for this reason, as Vanguard, it was a good game but not marketed extensions. Others, however, remain as the fantastic World of Warcraft, with a legion of fans always expectant before new deliveries. 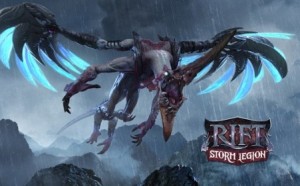 A successful expansion
The expansion comes under the heading of Storm Legion, and the truth is worth and maintains the original quality. The combination of medieval aesthetics with futuristic stories is perfect. Now the story presents the conflict between Crucia and Rrgulos, two of the six dragons that will need to be faced.

Storm Legion action takes place develops in the two new continents, Brevane and Dusken, whose extension is triple to the original game. This is where we find the first of the great successes of the Trion expansion: one of the problems was the way Rift unique and invariable offered to reach level 50. There are now multiple routes and possibilities to level up, which gives us greater freedom.

Graphic quality
Another aspect to highlight in Storm Legion is its graphic quality. Rift is a game that continues to surprise with its immaculate fine art.

In the playable paragraph incorporated four new possibilities that play a crucial role in the personalization of the protagonists, both in aesthetics and in skills.

The online mode is also a wise move, as it allows extending the possibilities of the title and comparing with other players, avoiding repetition of fights that sometimes happens in single player, especially when we are already a few hours in front of the screen.