The Avengers: Battle for Earth – for the fans of Marvel

The launches of new consoles on the market, as is the case of the WiiU, will always attached to powerful titles, successful, contributing more strongly in its infancy. This is the case of The Avengers: Battle for Earth. The classic Marvel Superheroes are usually not disappoint and have legions of fans. 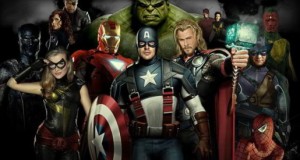 Classic Fights
Created by Ubisoft Quebec, the game offers just what you would expect from it: fidelity of the license that represents and interest to satisfy its fervent supporters. This is a classic fighting game, simple to play and now incorporates the WiiU novelties to get better performance with the wiimote or touchscreen gamepad.

The game is based on the comic book “Secret Invasion” and presents a history of conquest of the Earth after being threatened by an alien race: The Skrull.

Ironman, Thor, Captain America, Wolverine, Magneto, Human Torch, Spiderman, Storm, Venom, Hulk… up to 20 fighters are responsible for complying with this difficult mission, which will increase the difficulty as you go along.

Battles are three rounds, the more classic style, but the similarities end there compared to traditional video games “Versus“. The Avengers: Battle for Earth opts for a camera that is placed behind our protagonist. And we can not handle it freely, but rather give orders like dodge and hit with a wide range of options available for attacks.

Simple
The mechanics are simple, much more suitable for children and inexperienced for those who have much experience in this type of action game.

At graphic level we are before a correct work, although without major pretensions. The strength of the title, it does also marvel at their premieres adapted for the cinema, it seems sufficient guarantee to take it to the success.