The Best Hack And Slash Games!

With the newly released For Honor by ubisoft, it is a good time to analyse the other and sometimes older games on the market that do the same kind of thing. Hack and slash games are similar to first person shooter games in that they are focused on quick snappy gameplay that is wholly action oriented.

The difference normally being you play in third person instead of first. Here are some other games based on hack and slash that are great to play if you get through for honor too quickly. They all offer something slightly different, but can be enjoyed by all lovers of the hack and slash genre.

Skyrim
Skyrim on the PC is a thing of joy. It is classed as an RPG, but the mechanics of combat are very hack and slash. You essentially hit and block with weapon, making it a great fighting game. It looks amazing on the PC with hundreds of mods to improve the graphics. You need a good monitor to get the most out of them. This site is probably the best guide for 2017.. Skyrim lets you play as whatever character you want whilst building on a huge and varied storyline set in a majestic fantastical world. A great game for the lover of swordplay and story, as it gives you so much more. 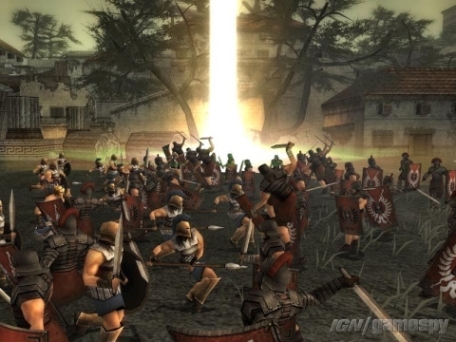 Spartan: Total Warrior
A slightly older game overlooked by many on its release in 2005. Spartan was stunning. The visuals at the time were on point and the game play was free flowing and pure. You could choose from a myriad of weaponry and it had an awesome arena mode too for you to take part in. You take on the Roman empire in a fictitious account of the wars between them. It is made by creative assembly in conjunction with the total war creators and is a must for those who love the series.

Dynasty Warriors
Dynasty warriors regularly releases new iteration of the game, right up to Dynasty Warriors 9, which is now in development. The game follows many chinese generals and leaders during the three kingdoms period of china. It lets you hack your way through thousands of enemy soldiers and generals on your way to victory. The games pulling points are the majestic storyline and the huge roster of characters with their differing primary weapons. It’s a good game for history buffs as all of the characters are actually based on real generals.

God Of War
No hack and slash game is complete without this monster of a game. The gameplay is amazing, and the story is pretty good too. Kratos has set out to destroy the gods over three games and spin offs. The recently announced god of war 4 takes a change and seems to pit you against the gods of the norse variety instead. It combines quick, lethal combat with majestic myths and fast paced platforming pieces. The set piece boss battles are also a major pulling point which allows for crazy and bloody fight sequences that have to be seen to believe.